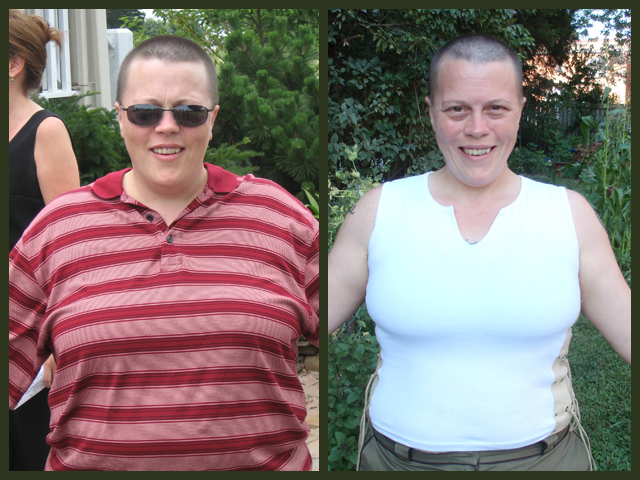 Losing weight naturally has always been my goal. I don’t want to do on a diet and see saw nor do I want to take some pills to lose weight. Something I heard several times while I trying to get help losing weight, “80% food and 20% exercise” I would mostly agree with that statement but I think its lacks the other parts that will need attention. But for this blog I want to talk about just how important diet change is.

When I talk about eating healthy with people they tell me that they just don’t like “kale” – “spinach” – “squash” (insert health food here) and at one point in my life I felt the same way. I ate McDonalds at least 3 times a week and often ate prepared food. Not only did I eat at fast food places but I also bought the equivalent to it home. I used to eat boxes of Macaroni and Cheese, Hamburger Helper, and frozen foods. What I didn’t realize when I first began this path was what delicious experiences I was missing. I had no idea how really delicious wholesome healthy food left me feeling so satisfied, energetic, and healthy. When I would learn about changing my diet I also had a similar experience about not liking dark greens, beans, and many other health foods.

I was assured that my pallet would change and I often challenged the idea. I began to eliminate sugary treats, soda, and fast food. As I began to build a lifestyle of fresh from scratch food rather than fast food I began to lose weight. Quickly the pounds shaved off of me and I felt a huge shift in my heatlh. After some time I found that my pallet did change and then I was totally on the bandwagon. I began to pay attention to how food felt in my mouth, one bite at a time. Another habit I had was eating super fast. I took an entire month to make a conscious effort to build in eating habits that instituted slower more conscious chewing and eating. I found that as time passed I would eat healthy for a week or two and would feel so energetically healthy. Of course there were times I would fall off this new lifestyle change but I would just continue to pick myself back up. Then I began to pay attention to how I felt after several days of not so good food and immediately noticed how I lost energy, felt depressed, and instituted a lot of manic behaviors. Slowly I began to eat healthy more and more often.

There was a teetering spot in which I realized that I was punishing myself with food. I was literally abusing my body because I felt I was not deserving of much more out of my life – or simply gave up. If I fell off the wagon and had a piece of cake I would often say well then “screw it” and give up for the rest of the day. Often I would assume that one slip up was a failure, as if I had to be suddenly perfect. I am a master at self criticism. I punished myself for various things that I deemed as bad. Other times I would feel like I wanted to be safe and often our fat is our armor. For me I also didn’t like my body, I wanted it to be more masculine. I am often worried about how femme I will look as I lose weight but thanks to Tristan Skye I can exercise in a way to help me look more masculine. I also had to deal with a lot of my emotional problems in order to hault the sugar addiction and emotional eating & binging. This required me to spend a lot of time soul searching and allowing my spirit to lead me to good places. I had to heal and make space for my emotional self and then also fully engage all parts of my body, mind, and soul in the process.

One issue I struggled with, a common issue with mothers, we just don’t make time for ourselves, there is always something more important. Now I am my first priority, now I put me first. I make time for me. Since my son is now 20 years old and a grown adult the time became more available. Even when he was younger and I first realized I needed my own personal space I began to make time. But as he grew up there was more and more time for me I had no idea what I would even want to do with that time. As things progressed and I explored all sorts of activities to do alone I began to find my groove. Many things emerged including yoga, buddhism, community participation, connections to nature, permaculture, spirituality, dance and theater. I found that soon after I began to explore these interests of mine I was so immersed in them that I naturally healed my wounds and found all of these things fed me. It gave me the good feelings. Suddenly I needed to feed that empty feeling inside with food less and less often. Time passed and the weight began to melt off of me.

As I became the incredible shrinking person I found that there was a real person underneath all that padding and there were parts I had forgotten. I had buried them under years of overeating and laziness. Now as I head towards the light at the end of the tunnel I am constantly amazed at my own abilities, strengths, connections, and community. I emerge as a complete strong confident boi/womyn with a kind loving heart, just like I always knew inside I was meant to be. If you find yourself in this same type of struggles, reach out. I want to help you, don’t let anything stop you. If you have experienced the same struggles I want to hear your story. Share it with me?

Can any one tell me if death is predestined and we cannot avoid it when time comes or is it just random? I want to knw as i lost the most dearest person and i m shattered n devestated ever since i m in deep depression and want to knw how can a sudden death happen ... See MoreSee Less
View on Facebook
· Share

I told my mom about this group and asked if anyone could do a reading for her her husband and my dad passed aug 23rd 2022. Her name is Debra burton ... See MoreSee Less

My father died in 2000. This picture was taken with a throwaway camera three years after he passed away. If you look up in the flash, you can see my father and see through him. He’s over my son’s head. Please don’t tell me he’s in double negative because his camera I bought that morning is one of those throwaway cameras like I said before. Thank you so much. Oh and I posted a pic when was alive. ❤️ ... See MoreSee Less

Can you see past life or kind of karma that caused loved ones death? ... See MoreSee Less
View on Facebook
· Share