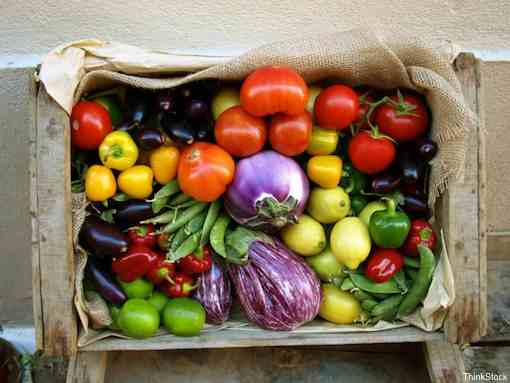 That was my response when I learned I wasn’t eating enough vegetables. Then of course I learned to smother them, overcook them and add tons of calories to them. Later, I had to change my ways and my pallet. How could I ever enjoy vegetables? I needed and wanted to be healthier but I just couldn’t see how vegetables could be part of that. I had to learn to love vegetables, it seemed like an unpleasant impossible task.

Many of us grew up hating vegetables for a variety of reasons but one of the most common reasons is the way they are prepared. Also I notice many people cannot stand vegetables unless they are smothered in sauce, dressing, or cheese. Then of course there are some of us that only eat tomatoes and potatoes! Many of us rarely eat raw and many of us are not buying bags of vegetables in the frozen food isles. Frozen dinners and prepared foods way over rank bags of vegetables in sales. Vegetables have left the American diets. Most of us are removed from how they are grown, just how important they are or how to prepare them.

I personally struggled with vegetables. I had only been introduced to the basic ones and of course they were usually smothered in something that wasn’t too healthy for me. Stuff like broccoli or spinach with tons of cheese and of course there is corn. First of all I had to learn what vegetables tasted like, without anything. Some of them have more taste than others but when you are reprogramming your pallet it is ideal to taste them raw and/or cooked with nothing on them. I did a daily exercise for a while that I would try a naked vegetable each day. I chewed it up slowly and paid attention to the taste. I found that I do love spinach and broccoli but was content without all the tons of calories of cheese and sauces. I learned I liked both steamed or raw. I also learned I enjoyed many types of greens and found many healthy ways to prepare them. Then there was corn which I had no idea just how messed up corn had gotten. I found out that most of it is pure sugar and all of it is mostly GMO. I have never been comfortable with chemically grown or lab prepared food, I just don’t trust scientists to cover all their bases. I learned a lot of about corn from a great documentary called King Corn. Today, corn is rarely in my diet.

The other thing about vegetables is that canned vegetables are not only kind of gross but they are also the most unhealthy.  If you base your taste buds on canned vegetables you are likely to find yourself drowning them in sauces or something else to add tons of calories. Astonishingly I was disgusted at the level of vitamins you lose in the process of canning. It just seems to me that they are mushy and full of preservatives. Canned vegetables are a terrible source for vegetables. First of all I feel like if I am going to eat more vegetables they better be so delicious I can barely resist and they better pack a major nutritional punch. I found the best way to get high quality vegetables is to buy fresh organic vegetables or frozen. Either way you get high quality, crisp vegetables that can be prepared a variety of healthy ways.

Of course most of us have no issues managing frozen vegetables and often its the easiest alternative to fresh. I found the bigger challenge to be with fresh vegetables. My first hurdle was affording them. I found a local CSA, community supported agriculture, and at the time I had very little money so I simply offered to work for my share. After a few years and a slightly improved financial situation I was able to afford to pay for it and it was still cheaper than the grocery store. The best part about a CSA is that its a community and they are more than willing to share how to prepare vegetables among other things. There are tons of benefits of being a member of a CSA and anyone should seriously consider it. I was challenged each week to not only use the vegetables but often learn to prepare vegetables I had never seen before. It was a culinary adventure that ended up being priceless.

The other way to be sure you have a great variety of fresh vegetables is to grow your own. I had a small urban garden for many years and I was very happy with its production. I am a 100% organic gardener. I am a passionate gardener and compost, use companion planting, and froze or gave away my excess. I often would batch cook after a large harvest which would usually lead to freezing food for later. This of course is talked about in my article Time vs. Healthy. I could also easily throw a handful of tomatoes in the food processor to just chop them up a little and then freeze them.  I loved the cycles of growing my own food. When you know what to do with tons of vegetables its easy to see how much money you can save by having a simple urban garden. Also a little known fact is that once you pick a vegetable from its plant it begins to slowly lose its nutrient value. Imagine the vitamin impact you get when you eat a vegetable that was just picked off the plant an hour prior. Of course there are other benefits of having your own garden and cooking out of it. I also used gardening as another high quality time builder with my son and today at age 22 he thanks me for all I taught him about growing food. He plans to now teach his children. I also used it as meditation, destresser, exercise, and a way to make friends. The benefits from keeping a garden are often too many to list or count. I am grateful for all my years with a garden.

I learned so much about preparing vegetables. I learned that boiling vegetables takes the nutrients into the water which is why vegetable broth has some nutrient value. I learned that steaming them is a way to cook them but also leave the nutrients mostly in tact. Although a quick fry of spinach in the frying pan with a bit of oil, garlic, or other spices you can easily add it to hot pizza or pasta adding nutrients to a quick meal. I also discovered that hummus and vegetables are super healthy and filling. When I make pasta I cut the amount of pasta in half and instead replace it with things like Broccoli and cauliflower, then I had the red sauce. This ends up being mostly vegetables with a little pasta mixed in. Flipping meals from heavy starches and proteins to heavy vegetables and lean proteins was a shift that seemed so simple but ended up being very effective.

I learned so much in my exploration with food and most importantly today I notice if I don’t eat vegetables, my body craves them. The first time this happened I was very suprised. I had never craved a vegetable before, only sugary treats. I maybe had craved a potato before but really that is all about sugar again. I was actually craving broccoli. I was suprised when I found myself just craving plain old, nothing on it uncooked broccoli. This was one of those moments during my transitions that I realized that all the work I was doing to get healthier was working. This was more promising than losing 10 lbs. From a long term perspective if I could enjoy and even crave health food I would be on my way to some big changes. This pushed me further and today I find myself craving lots of vegetables, fruits, nuts, whole grains and vegetarian proteins. Now I notice if I haven’t eaten enough of something or too much sugars. I can tell by my cravings, energy levels and mood. I am grateful to recieve healthy signals from my body about what to eat, instead of the old ones that lead me to unhealthy places.

When this happens, it's usually because the owner only shared it with a small group of people, changed who can see it or it's been deleted.
View on Facebook
· Share

Hi...how often do you have contact with a medium? It becomes an obsession for me but every time it's like he's talking to me and I need that so much to keep going. I am with a grief group, a psychiatrist and I take medication and the world still ends for me every morning. Almost 7 months ago and I'm so tired.😭 ... See MoreSee Less
View on Facebook
· Share

Any suggestions please? I didn't know I was capturing more than subletting. Could be nothing? Could be something? I'm curious to know more ... See MoreSee Less

Does anyone get anything? He's gone 10 weeks now amd I'm struggling so hard. He is my everything. I'm so lost ... See MoreSee Less

Please - We need your help!!This man disappeared on December 10th...no one knows what happened to him..he was found dead 6 weeks later...If anybody here feels drawn to him and can help to clear up the circumstances and cause of his death, we will be very grateful and appreciate your help!!! Every single tiny clue could help!!Thank you in advance 🙏💔 ... See MoreSee Less